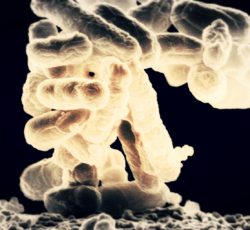 Bird flu viruses, which are natural to birds, cause Avian Flu. Their intestines are the breeding ground for the virus although the birds themselves rarely get ill from them. Avian flu, however, is highly contagious among birds and can be lethal for birds that are domesticated, including turkeys, chickens and ducks.

Avian flu also has subtypes within its heading. Some of these subtypes are easily spread to humans. One example is the H5N1 virus. This influenza A virus subtype predominantly presents in birds and is not lethal to them, or contagious among them. They have occurred in humans, however, though they are very rare. The norm of contamination is with people who had direct or immediate contact with the H5N1-contaminated surface or with H5N1-infected poultry.

Thus far, an effective vaccine has not been made available to fight the H5N1 virus. There are yearly vaccines to effectively manage seasonal influenza but these vaccines do not protect recipients from pandemic influenza.

A high-risk populace is evident for people who are closely tied to infected domestic poultry. This puts them at direct risk for contamination. Travelers are at a positive risk when visiting wild bird markets or visiting bird markets. In addition there also are risks when eating undercooked or uncooked poultry, including derivative products such as eggs.

Normally symptoms for avian flu occur between 2 – 8 days of contamination and exposure. Usually a high fever is the first sign (upwards of 38°C), along with headaches, nausea, chills and other flu-like symptoms. Patients also suffer from fluid in the lungs, which can cause shortness of breath and coughing.

Prevention is an important management tool for Avian Flu. Travelers should always avoid eating undercooked or uncooked poultry, again including eggs. It also is recommended that surfaces that may possibly be contaminated are avoided. This can be any surface with fluids from tainted poultry, feces or other animal contaminants. Travelers should wash their hands thoroughly prior to eating, after changing diapers, after using the bathroom and after any direct contact with animals, babies or feces.

There are no vaccines developed to effectively protect against H5N1 virus in humans. Vaccines are available to manage seasonal influenza, but not against pandemic influenza. Tamiflu, known also as oseltamivir, is a neuraminidase inhibitor that can reduce the duration and severity of seasonal influenza symptoms. Its potency is predicated however on its early onset administration. It may improve a patient’s survival if given early enough, however clinical data is limited.