How to Alert Emergency Services in Case of an Accident 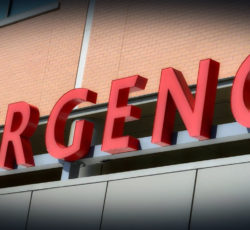 While carrying on with our daily duties, we come across many emergency situations. An emergency is a serious event which requires urgent attention to contain. If an accident happens near you, that is an emergency since there are lives under threat. Other examples of emergency situations include fire breakout, drowning, medical emergencies, and flooding among other occurrences.

If one witnesses an emergency, it is important that they contact the appropriate services to handle the situation. Acting appropriately during an emergency can help to save a person or many people from death. If one has witnessed someone stealing from another person, the police should be the first to call. Medical emergencies require one to call paramedics while firefighters are called to put out fires and offer first aid. If one comes across a scene of an accident, they ensure they put up life savers to avoid any further occurrences and then report to the authorities. If someone has been struck by electricity, those helping to control the situation should cut the power to avoid getting electrocuted themselves.

Emergency numbers in most countries operate without even switching on the mobile phone. Phone booths also offer emergency calls without having to pay anything. One can also use a landline device to make the calls. The emergency number for European countries is 112.

When one happens to witness an incident, it is important to try remaining calm no matter how dangerous the situation may seem. Panicking can cause one to give wrong information while reporting and therefore derail the rescue mission. While making a report to the appropriate authority, one should give their name first. You should also read out your phone number to the service provider to help them call you back if they need to. Reading your number to them assures them that the matter is serious, and you are not pranking them.

Mention the Type of First Aid

While reporting emergencies, it is important to explain clearly the type of incident that has happened. Vivid description is necessary as it enables the customer care provider to know what kind of help to send. The one reporting the incident should give as much information as they can. Information about the street, door number, entry code, or the city can help the rescuers to arrive at the location as fast as possible. Information about the victim should be clearly given. One should give the number of people who have been affected and a rough estimate of their age and gender.

Information on whether the victims are bleeding or in pain or how they are lying down, should not be left out. It is also important to mention the type of first aid that the victims have been given and the security measures that have been undertaken to ensure the situation does not escalate for the worst. The reporter should warn the emergency operator of the danger of fire or explosion if there is a possibility of happening. The call should end after the interlocutor has collected as much information as they require.