Airlines that are Illegal in European Airspace 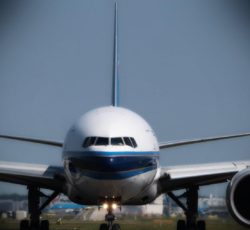 Europe is very strict about the carriers that are allowed to carry visitors there. The airlines that are not allowed are those that do not meet the set regulations of the European Union. The current updated list of carriers that should not operate in Europe was put up on 16th June 2016. The criteria for restricting airlines is clearly set by the European Parliament and Council. Members of the EU meet and consult with the appropriate authorities to determine if a carrier meets the requirements of the union.

In 2016, the EU lifted bans on airlines such as Iranian Air, Malagasy Air, Indonesian Lion, all Zambian flights, Citilink, and Batik Air. Many airlines are still banned from the region. All flights from countries such as Afghanistan, DRC, Republic of Congo, Benin, Eritrea, Djibouti, Liberia, Mozambique, Sudan, Libya, and Sierra Leone are not allowed to fly into European airspace. Some other countries have few airlines that can go to Europe while others in the same countries are prohibited.

This list contains the airlines that are allowed to take only specific types of air crafts in the European Union. The airlines can lease airplanes from permitted carriers and put traffic rights to use. EU allows this with the condition that the planes operate within the set safety standards. The airlines also require having an air license that has been given in their respective countries. Airlines included in Annex B include; all Boeing 777 and 737-700 aircraft from Angola, all planes except Fokker 100 and Boeing 747 from Iran. One Let L-410 Turbolet with registration number D6-CAM from Comoros, two Dassault Falcon 50 registered TR-LGV and TR-LGY from Gabon, and few planes from North Korea, Gabon, and South Africa.

The list keeps changing according to how the airlines work to meet the set requirements of the European Union. The bans are put up to aid European countries to ensure the security of their borders and also to make sure that the people coming into the country are trustworthy individuals who will not refuse to go back to their homes. The regulations by EU also seek to ensure that the airlines operate with the required professionalism that guarantees the safety of the passengers and the countries they are flying. European countries such as Germany and Spain have also received cautions about a few of the airlines operating there.